A Commentary by Larry J. Sabato and the Crystal Ball Team
in Political Commentary

With 18 months to go until November 2012, there is exactly one use for a current projection of the 2012 Electoral College results. This is merely a baseline from which we can judge more reliable projections made closer to the election. Where did we start--before we knew the identity of the Republican nominee for president, the state of the economy in fall 2012 and many other critical facts?

And so, with that enormous caveat in mind, here is THE MAP. 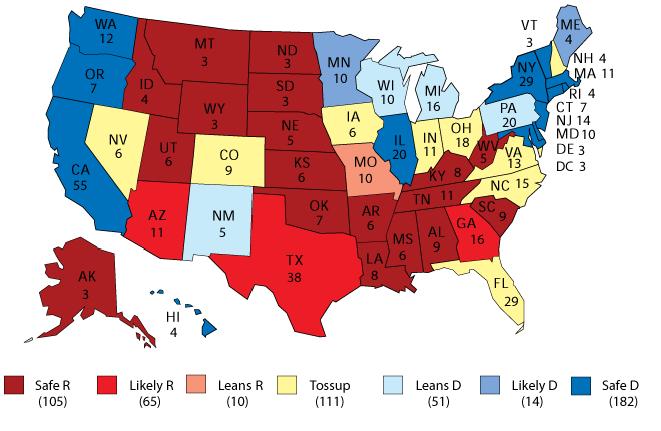 If you INCLUDE the “Leans” states with the “Likely” and “Safe,” the numbers are as follows:

If you DO NOT INCLUDE the “Leans” states, i.e., just counting “Likely” and “Safe,” the numbers are as follows:

With 270 needed for election, our Democratic readers will prefer the first tally, and our Republican readers the second. Indulge yourselves! As heated as the campaign will get, let’s remember to have fun along the way.

Views expressed in this column are those of the author, not those of Rasmussen Reports.    Comments about this content should be directed to the author or syndicate.