Startling Findings About Race Relations: Then and Now

Five things you may not know that people are thinking about race relations 50 years after Martin Luther King, Jr. gave his famous "I have a dream" speech... 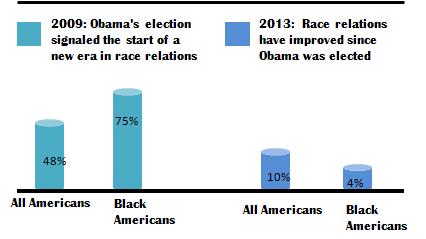 Did you know that Rasmussen Reports offers this kind of detailed demographic breakdown of responses for every question we ask? Get a sneak peek or sign up for Platinum Service today!

The survey of 1,000 Likely Voters was conducted on August 27-28, 2013 by Rasmussen Reports. The margin of sampling error is +/- 3 percentage points with a 95% level of confidence. Field work for all Rasmussen Reports surveys is conducted by Pulse Opinion Research, LLC. See methodology.